Proud:Akarsha K.L. and Bedre M. Sumanth, students of the Government Veterinary College, Hassan, receiving the first prize in intercollegiate quiz competition organised by Akashvani, in Hassan on Thursday.
Students of the Government Veterinary College have won the inter-collegiate quiz competition conducted by the Hassan All India Radio as part of the Yuva Sourabha programme in Hassan on Thursday.
Akarsha K.L. and Bedre M. Sumanth, students of first-year Bachelor of Veterinary Sciences won the first place in the competition in which students from eight colleges had taken part.
Sagar P. Raj and Shankuntala Patil, students of the Hassan Institute of Medical Sciences, got the second prize.
Students of the Government Science College and Rajeev Institute of Technology secured the third and fourth positions respectively.
Hassan All India Radio had organised the intercollegiate quiz competition as part of Akashvani Habba.
The quiz was followed by a dance programme titled ‘India 2020', which was presented by students of AVK College for Women. 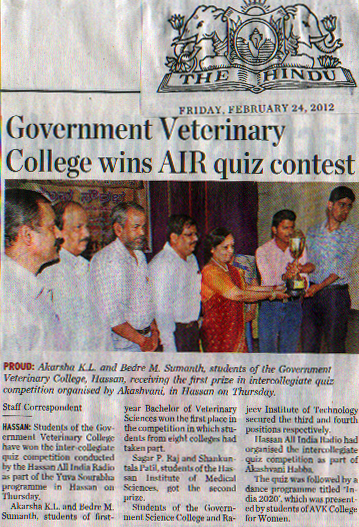 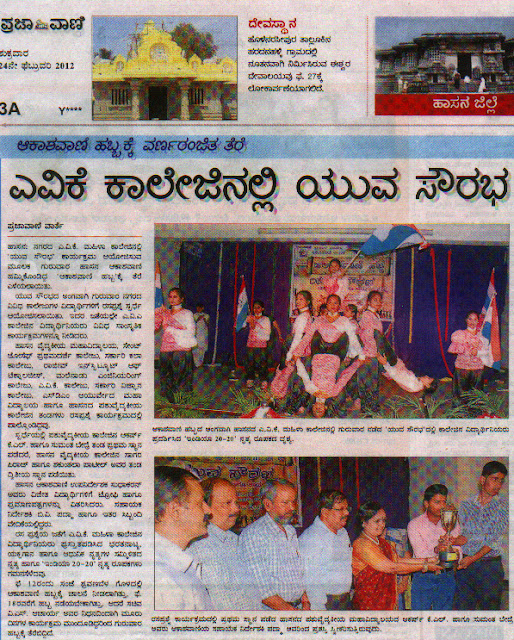 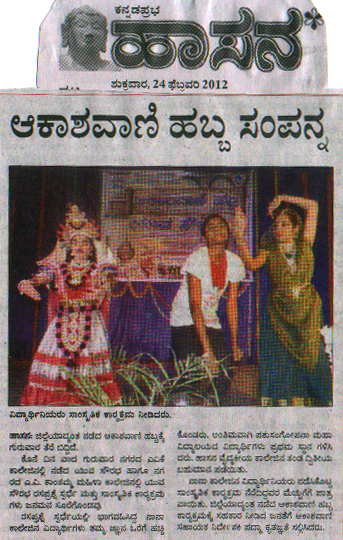 Posted by Bedre Manjunath at 9:27 AM