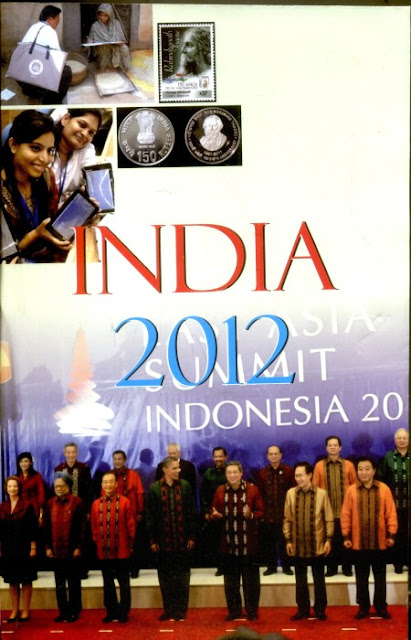 ‘BHARAT-2012’ AND ‘INDIA-2012’ RELEASED
New Delhi, Monday, 27 February, 2012
The most awaited reference annuals- ‘India 2012’ and ‘Bharat 2012’ were released by Shri Choudhury Mohan Jatua, the Minister of State for Information & Broadcasting, Government of India in a function here today. This is the 56th edition of the prestigious reference annual. While releasing the books, the Minister congratulated the two media organizations of the Ministry- Publications Division and the Research, Reference & Training Division (RRTD) for bringing out the
books. Shri Jatua said that efforts should be made to make this important book available in a handy
digital form so that it could reach more readers easily. Shri Uday Kumar Verma, the Secretary,
Information and Broadcasting Ministry in his address told that the ministry is making efforts to
strengthen and modernize its Information Wing that includes Publications Division and RRTD also.
Earlier, welcoming the guests, the Director General of Publications Division Shri K. Ganesan told
the august gathering that in the current year, 67,000 copies of the India and Bharat 2012 have been
printed. He expressed hope that with more demand pouring in, this number is going to increase
further. Last year over 62 thousand copies were printed including the reprints.
In his address Shri Ganesan introduced the Reference Annuals to the dignitaries present there. The
publication is a useful ready reckoner especially for students, research scholars, academicians,
journalists and civil services aspirants. The book contains over 1400 pages of authentic and up-todate
information on various aspects of the national life. It is a rich and single source of information
on India’s economy, polity, demography, land and people, health, social development, defence, art &
culture, flora and fauna, scientific advancements, constitutional amendments etc. It also incorporates
sections on Education, Information Technology and Current Affairs, States and the Union territories.
Shri S.M. Khan, Director General, Research Reference & Training Division proposed the vote of
thanks in the function.
Shri K A Ganai, Joint Secretary, Ministry of Information & Broadcasting, Smt. Neelam Kapur
Principal Director General (M&C), Press Information Bureau and senior officers from the Ministry
and its media units, authors, media persons and business associates of the book were also present on
the occasion.
INDIA 2012, BHARAT‐2012
Highlights
• India 2012 is an updated and comprehensive edition of the Reference Annual edited, published and marketed by the Publications Division. The Research, Reference and Training Division (RR&TD) of the Ministry collects the base material for the Year Books. The material is collected from Central Ministries/Departments, State governments and Union Territories, PSUs and autonomous bodies.
• The reference annuals gives a panoramic view of country’s progress in the fields of rural and urban development, industry & infrastructure, science & technology, art & culture, economy, health, defence, education & mass communication. It incorporates sections on general knowledge, current affairs, sports, events of the past year and latest ones too.
• This is the 56th edition. It has been chronicling India's march to prosperity and strength over this period.
• It serves as a rich and single source of authoritative and definitive data on India’s economy, polity, demographic features, art and culture, land and people, flora and fauna, scientific advance. It has information about our States & Union Territories, constitutional amendments and achievements in various fields etc.
• It is a useful handbook for students, civil services aspirants, research scholars, academicians, authors, journalists and above all the general public.
• In the current year, more than 67,000 copies have been printed. Due to high demand this number is expected to increase further.
• Reasonable pricing of this Reference Annual is its plus point.
• The main features covered in this edition of the year book, are Census 2011 which is the 15th Census of India since 1872, village electrification, MNREGA, Jawaharlal Nehru National Urban Renewal Mission, National Rural Health Mission, empowerment of women etc. 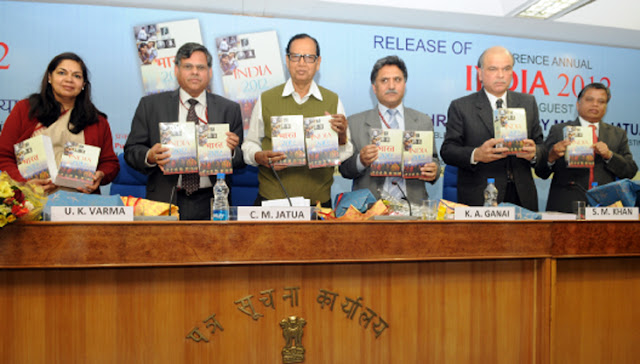 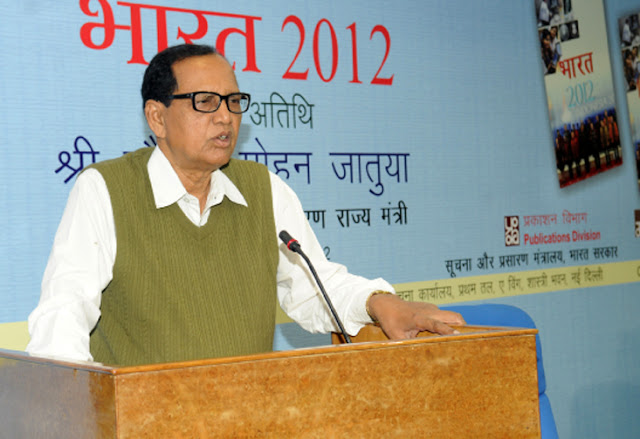 Posted by Bedre Manjunath at 9:16 AM