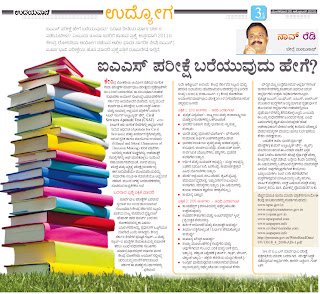 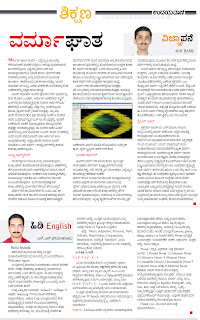 1. With reference to Simon Commission’s recommendations, which one of the following statements is correct?
(a) It recommended the replacement of diarchy with responsible government in the provinces.
(b) It proposed the setting up of inter-provincial council under the Home Department.
(c) It suggested the abolition of bicameral legislature at the Centre
(d) It recommended the creation of Indian Police Service with a provision for increased pay and allowances for British recruits as compared to Indian recruits.
2. A geographic area with an altitude of 400 metres has following characteristics:

it most likely be?
(a) Moist temperate coniferous forest
(b) Montane subtropical forest
(c) Temperate forest
(d) Tropical rain forest
3. Other than Jatropha curcas, why is Pongamia pinnata also considered a good option for the production of bio-diesel in India?1. Pongamia pinnata grows naturally in most of the arid regions of India.
2. The seeds of Pongamia pinnata are rich in lipid content of which nearly half of oleic acid.
Which of the statements given above is/are correct?
(a) 1 only
(b) 2 only
(c) Both 1 and 2
(d) Neither 1 nor 2
4. If a potato is placed on a pure paper plate which is white and unprinted and put in a microwave oven, the potato heats up but the paper plate does not. This is because:(a) Potato is mainly made up of starch whereas paper is mainly made up of cellulose
(b) Potato transmits microwaves whereas paper reflects microwaves
(c) Potato contains water whereas paper does not contain water
(d) Potato is a fresh organic material whereas paper is a dead organic material
5. With reference to India, consider the following:1. Nationalization of Banks
2. Formation of Regional Rural Banks
3. Adoption of villages by Bank Branches
Which of the above can be considered as steps taken to achieve the ‘financial inclusion” in India?
(a) 1 and 2 only
(b) 2 and 3 only
(c) 3 only
(d) 1, 2 and 3
6. Consider the following actions by the Government:1. Cutting the tax rates
2. Increasing the government spending
3. Abolishing the subsidies
In the context of economic recession, which of the above actions can be considered a part of the “ fiscal stimulus” package?
(a) 1 and 2 only
(b) 2 only
(c) 1 and 3 only
(d) 1, 2 and 3

Read the following passage and answer the given questions. Your answers should be drawn from the content of given passage only. The economy of contemporary India is a great paradox. It is a strange combination of outstanding achievements as well as grave failures. Since independence, India has achieved remarkable progress in overcoming its economic backwardness. From being a very poor country in the 1950s and a ‘basket case’ in the mid 1960s, it has emerged as the fourth largest economy in the world (in terms of purchasing power parity). Our economy has become one of the fastest growing economies in the world. Now the country is one of the leading players in the world knowledge economy with vast intellectual capital and booming software and information technology services. While our country has joined the league of the world’s top five fastest growing economies, we are in the bottom 20 among all countries in terms of the Human Development Index. While the country is celebrating its growth rate and technological wonders, it is witnessing social contradictions and the paradox and ironies of development. Thus, there are ‘two Indias’ in contemporary India.
1. Why is the Indian economy considered ‘a great paradox’?
(a) It is a leading player in information technology services with low levels of literacy.
(b) There is poverty amidst plenty in agricultural produce.
(c) It is one of the largest economies with low human development.
(d) It has scientific achievements with social contradictions.
2. Why is India being referred to as a leading player in the world knowledge economy?(a) India’s knowledge base in science and technology is one of the world’s best.
(b) India has huge reserves of human intellectual capitals and information technology services.
(c) India is among the World’s five fastest growing economics and technology reserves.
(d) India has a huge reservoir of human capital and scientific knowledge export potential.
3. What does the author imply by the phrase ‘two Indias’ ?
(a) There is the India that has vast intellectual capital and the other that is largely illiterate.
(b)There is the India of burgeoning growth and the India of widespread want and misery.
(c) There is the India of progressive mindsets and the other who are socially conservative.
(d)There is an India of outstanding achievements combined with gigantic failures.
4. Consider the following statement and also the conclusions. Answer the question that follows:
Statement : Education is in the Concurrent List. The State government cannot bring reforms in education without the consent of Central Government.
Conclusion I : For bringing about quick reforms in education, it should be in the State List .
Conclusion II: States are not willing to bring about quick reforms in Education.
Which one of the following is correct?
(a) Conclusion –I only follows from the statement.
(b) Conclusion –II only follows from the statement.
(c) Both conclusions I & II follow from the statement
(d) Neither conclusion I nor conclusion II follow from the statement
5. Five persons P, Q, R, S, T are sitting in a row. Q is between P and T. To find who among them is in the middle, which of the information given in the following statements is/are sufficient?1. P is left of Q and right of S.
2. R is at the right end.
Select the correct answer using the code given below:
(a) 1 only
(b) 2 only
(c) Either 1 or 2
(d) Both 1 and 2
6. Which one among 2 , 33 , 66 , 1212 is the smallest one?(a) 2
(b) 33
(c) 66
(d) 1212
7. The following pie charts show that a man spends 10% on clothes, 20% on rent, 30% on food and rest on miscellaneous items in the month of January and spends 15% on clothes, 25% on rent, 35% on food and rest on miscellaneous items in the month of February. 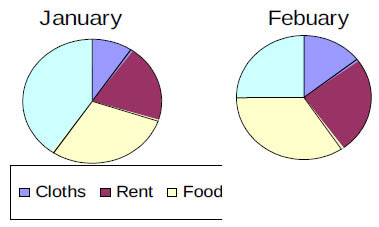 Consider the following statements:
1. The money spent on food over rent in the month of January is same as the money spent on food over rent in the month of February.
2. The money spent on rent over clothes is same as money spent on food over rent in the month of January.
Which of the statements given above is/are correct?(a) 1 only
(b) 2 only
(c) Both 1 and 2
(d) Neither 1 nor 2
Note: The following question would be in English Language only to test English Language Comprehension.
8. Whenever I had occasion to indulge in these surreptitious feasts, dinner at home was out of question. My mother would naturally ask me to come and take my food and want to know the reason why I did not wish to eat. I would say to her, ‘I have no appetite today; there is something wrong with my digestion.’ It was not without compunction that I devised these pretexts. I knew I was lying, and lying to my mother. l also knew that, if my mother and father came to know of my having become a meateater, they would be deeply shocked. This knowledge was gnawing at my heart.
Why did the author devise some pretexts not without compunction ?
(a)He wanted to keep away from home some times.
(b) Surreptitious feasts thrilled him.
(c)Dinners outside were better than at home.
(d) He wanted to eat meat.
Courtesy: WWW.UPSC.GOV.IN

Posted by Bedre Manjunath at 7:45 PM